MySQL, an open source database developed by Oracle, powers some of Facebook’s most important workloads. We actively develop new features in MySQL to support our evolving requirements. These features change many different areas of MySQL, including client connectors, storage engine, optimizer, and replication. Each new major version of MySQL requires significant time and effort to migrate our workloads. The challenges  include:

Our last major version upgrade, to MySQL 5.6, took more than a year to roll out. When version 5.7 was released, we were still in the midst of developing our LSM-Tree storage engine, MyRocks, on version 5.6. Since upgrading to 5.7 while simultaneously building a new storage engine would have significantly slowed the progress on MyRocks, we opted to stay with 5.6 until MyRocks was complete. MySQL 8.0 was announced as we were finishing the rollout of MyRocks to our user database (UDB) service tier.

That version included compelling features like writeset-based parallel replication and a transactional data dictionary that provided atomic DDL support. For us, moving to 8.0 would also bring in the 5.7 features we had missed, including Document Store. Version 5.6 was approaching end of life, and we wanted to stay active within the MySQL community, especially with our work on the MyRocks storage engine. Enhancements in 8.0, like instant DDL, could speed up MyRocks schema changes, but we needed to be on the 8.0 codebase to use it. Given the benefits of the code update, we decided to migrate to 8.0. We’re sharing how we tackled our 8.0 migration project — and some of the surprises we discovered in the process. When we initially scoped out the project, it was clear that moving to 8.0 would be even more difficult than migrating to 5.6 or MyRocks.

We first set up the 8.0 branch for building and testing in our development environments. We then began the long journey to port the patches from our 5.6 branch. There were more than 1,700 patches when we started, but we were able to organize them into a few major categories. Most of our custom code had good comments and descriptions so we could easily determine whether it was still needed by the applications or if it could be dropped. Features that were enabled by special keywords or unique variable names also made it easy to determine relevance because we could search through our application codebases to find their use cases. A few patches were very obscure and required detective work — digging through old design documents, posts, and/or code review comments — to understand their history.

We sorted each patch into one of four buckets:

We tracked the status and relevant historical information of each patch using spreadsheets, and recorded our reasoning when dropping a patch. Multiple patches that updated the same feature were grouped together for porting. Patches ported and committed to the 8.0 branch were annotated with the 5.6 commit information. Discrepancies on porting status would inevitably arise due to the large number of patches we needed to sift through and these notes helped us resolve them.

Each of the client and server categories naturally became a software release milestone. With all client-related changes ported, we were able to update our client tooling and connector code to 8.0. Once all of the non-MyRocks server features were ported, we were able to deploy 8.0 mysqld for InnoDB servers. Finishing up the MyRocks server features enabled us to update MyRocks installations.

Some of the most complex features required significant changes for 8.0, and a few areas had major compatibility problems. For example, upstream 8.0 binlog event formats were incompatible with some of our custom 5.6 modifications. Error codes used by Facebook 5.6 features conflicted with those assigned to new features by upstream 8.0. We ultimately needed to patch our 5.6 server to be forward-compatible with 8.0.

It took a couple of years to complete porting all of these features. By the time we got to the end, we had evaluated more than 2,300 patches and ported 1,500 of those to 8.0.

We group together multiple mysqld instances into a single MySQL replica set. Each instance in a replica set contains the same data but is geographically distributed to a different data center to provide data availability and failover support. Each replica set has one primary instance. The remaining instances are all secondaries. The primary handles all write traffic and replicates the data asynchronously to all secondaries.

We started with replica sets consisting of 5.6 primary/5.6 secondaries and the end goal was replica sets with 8.0 primary/8.0 secondaries. We followed a plan similar to the UDB MyRocks migration plan.

Each replica set could transition through each of the steps above independently and stay on a step as long as needed. We separated replica sets into much smaller groups, which we shepherded through each transition. If we found problems, we could rollback to the previous step. In some cases, replica sets were able to reach the last step before others started.

To automate the transition of a large number of replica sets, we needed to build new software infrastructure. We could group replica sets together and move them through each stage by simply changing a line in a configuration file. Any replica set that encountered problems could then be individually rolled back.

As part of the 8.0 migration effort, we decided to standardize on using row-based replication (RBR). Some 8.0 features required RBR, and it simplified our MyRocks porting efforts. While most of our MySQL replica sets were already using RBR, those still running statement-based replication (SBR) could not be easily converted. These replica sets usually had tables without any high cardinality keys. Switching completely to RBR had been a goal, but the long tail of work needed to add primary keys was often prioritized lower than other projects.

Hence, we made RBR a requirement for 8.0. After evaluating and adding primary keys to every table, we switched over the last SBR replica set this year. Using RBR also gave us an alternative solution for resolving an application issue that we encountered when we moved some replica sets to 8.0 primaries, which will be discussed later.

Most of the 8.0 migration process involved testing and verifying the mysqld server with our automation infrastructure and application queries.

As our MySQL fleet grew, so did the automation infrastructure we use to manage the servers. In order to ensure all of our MySQL automation was compatible with the 8.0 version, we invested in building a test environment, which leveraged test replica sets with virtual machines to verify the behaviors. We wrote integration tests to canary each piece of automation to run on both the 5.6 version and the 8.0 version and verified their correctness. We found several bugs and behavior differences as we went through this exercise.

As each piece of MySQL infrastructure was validated against our 8.0 server, we found and fixed (or worked around) a number of interesting issues:

We wanted the transition for applications to be as transparent as possible, but some application queries hit performance regressions or would fail on 8.0.

For the MyRocks migration, we built a MySQL shadow testing framework that captured production traffic and replayed them to test instances. For each application workload, we constructed test instances on 8.0 and replayed shadow traffic queries to them. We captured and logged the errors returning from the 8.0 server and found some interesting problems. Unfortunately, not all of these problems were found during testing. For example, the transaction deadlock was discovered by applications during the migration. We were able to roll back these applications to 5.6 temporarily while we researched different solutions.

Our query and performance testing of the 8.0 server uncovered a few problems that needed to be addressed almost immediately.

Memory usage compared with 5.6 had increased, especially for our MyRocks instances, because InnoDB in 8.0 must be loaded. The default performance_schema settings enabled all instruments and consumed significant memory. We limited the memory usage by only enabling a small number of instruments and making code changes to disable tables that could not be manually turned off. However, not all the increased memory was being allocated by performance_schema. We needed to examine and modify various InnoDB internal data structures to reduce the memory footprint further. This effort brought 8.0’s memory usage down to acceptable levels.

The 8.0 migration has taken a few years so far. We have converted many of our InnoDB replica sets to running entirely on 8.0. Most of the remaining ones are at various stages along the migration path. Now that most of our custom features have been ported to 8.0, updating to Oracle’s minor releases has been comparatively easier and we plan to keep pace with the latest versions.

Skipping a major version like 5.7 introduced problems, which our migration needed to solve.

First, we could not upgrade servers in place and needed to use logical dump and restore to build a new server. However, for very large mysqld instances, this can take many days on a live production server and this fragile process will likely be interrupted before it can complete. For these large instances, we had to modify our backup and restore systems to handle the rebuild.

Second, it is much harder to detect API changes because 5.7 could have provided deprecation warnings to our application clients to fix potential issues. Instead, we needed to run additional shadow tests to find failures before we could migrate the production workloads. Using mysql client software that automatically escaped schema object names helps reduce the number of compatibility issues.

Supporting two major versions within a replica set is hard. Once a replica set promotes its primary to be an 8.0 instance, it is best to disable and remove the 5.6 ones as soon as possible. Application users tend to discover new features that are supported only by 8.0, like utf8mb4_0900 collations, and using these can break the replication stream between 8.0 and 5.6 instances.

Despite all the hurdles in our migration path, we have already seen the benefits of running 8.0. Some applications have opted for early conversion to 8.0 to utilize features like Document Store and improved datetime support. We have been considering how to support storage engine features like Instant DDL on MyRocks. Overall, the new version greatly expands on what we can do with MySQL @ Facebook. 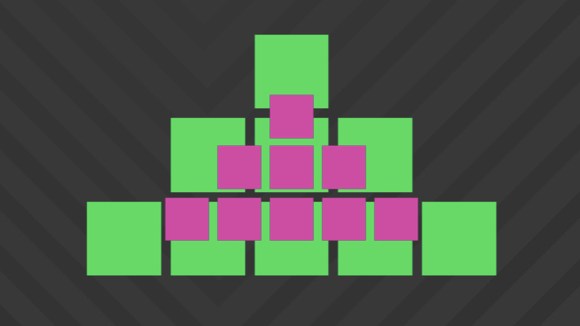