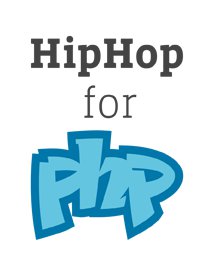 It’s been six months since we released HipHop and I wanted to share an update on its progress. In February we released 693,613 lines of source code which on average reduced our CPU usage here at Facebook by about 50%. Since February, the team has made HipHop another 1.8 times faster and all of that code is open source. We’ve also seen improvements to PHP itself with the additions to PHP’s trunk in April being about 10% faster than 5.3.

Over the past few months we’ve worked with the Drupal, MediaWiki, phpBB and WordPress teams to get their software running under HipHop. This really means helping them remove some dynamic code and fixing bugs found by the compiler. Today Drupal.org and WikiPedia are all testing versions of their sites under HipHop, with others having plans to do so soon. While this statistic isn’t final, we found WordPress has become 2.7x faster when running under HipHop.

From a community perspective, there have been about fifteen external patches submitted that went straight into trunk and about another five that focused on the open source build system. The speed of these patches have started to increase in the past month. As ocProducts started using HipHop in production, they reported a small number of crash bugs which we hadn’t yet encountered in production but likely would have in the future. Chris Graham ran RoadSend and phpc test suites against HipHop which resulting in it our passing 98% of tests and forty language oriented bug reports.

Hui Chen, a Summer of Code student, has worked to add support for FreeBSD and 32-bit environments. We’ve also added preliminary support for OS X. While we’re not planning to use these platforms at Facebook, they’ll go a long way to getting even more community involvement around the project. For example, there are a number of developers who want to test and develop with HipHop on their 32-bit laptops.

Thanks again from the entire team for helping make HipHop better and thus the web faster!