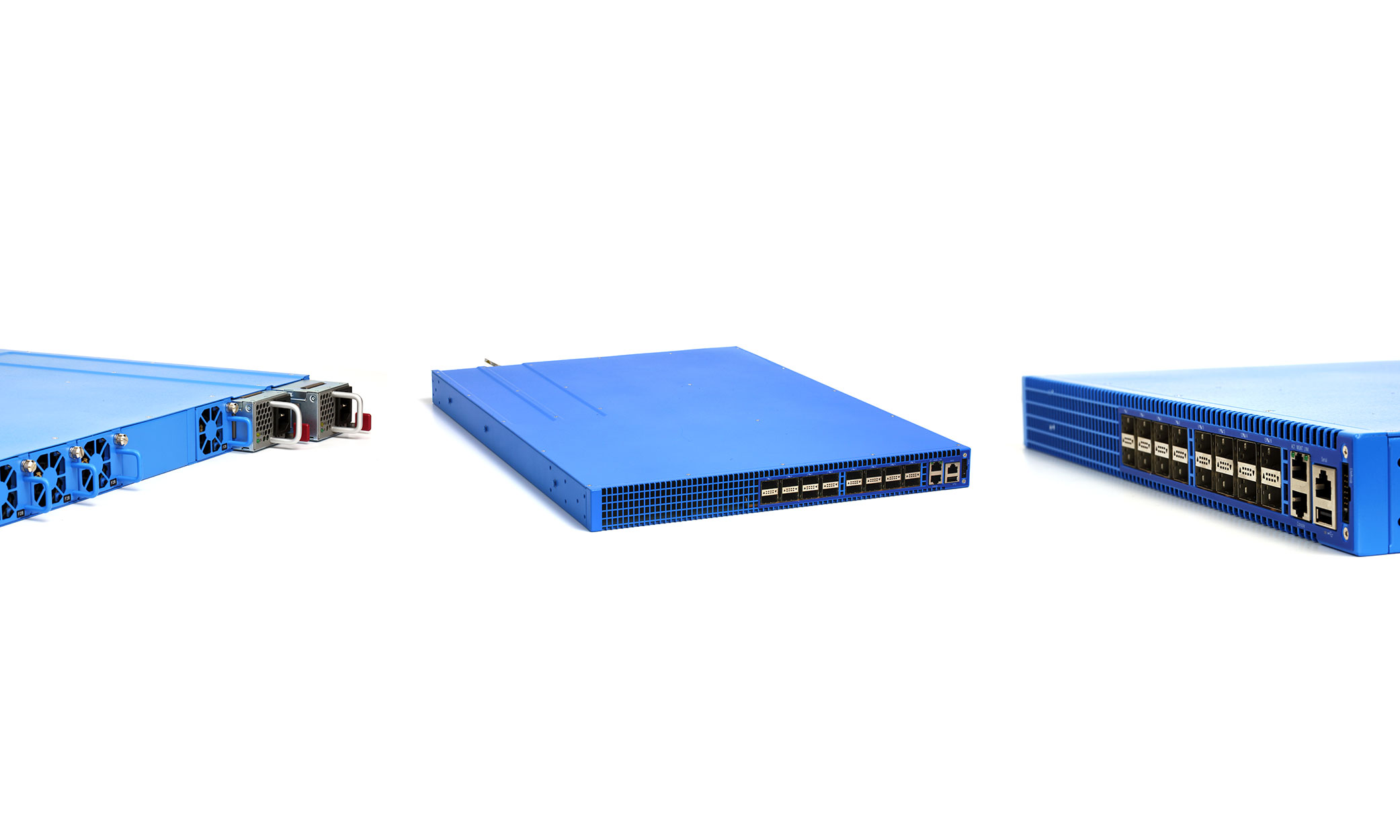 Adaptability and customization are not typically what comes to mind when people think about network switches. Hardware is often proprietary, and if you’re buying a vendor switch, you don’t control the frequency or speed of new features or bug fixes. These constraints are inconvenient at best, particularly for large production environments. In the past two years, the Open Compute Networking Project has made big strides in disaggregating networking hardware and software and creating a vibrant open networking ecosystem, enabling faster innovation, and creating better efficiency in data center deployments.

For our part, last year we introduced our top-of-rack (TOR) network switch, Wedge, along with FBOSS, Linux-based software for controlling switches. Thousands of Wedges have now been deployed throughout our data centers, and we’re pleased to announce that the Wedge design was recently accepted by OCP. Wedge is generally available for ordering by anyone in the networking community, and its designs are open for all to review and customize.

We created the most open design package to date for Wedge by defining and engineering the hardware of the switch, and then contributing everything needed for anyone to rebuild, re-engineer, or manufacture the switch. To get to this point, we underwent a full engineering effort, from compiling detailed specifications to developing the mechanics and board design. The team went through several design iteration processes to validate the design quality, including thermal design and mechanical testing, and qualified the Wedge design to fit into our data center.

We have submitted all the details needed for any contract manufacturer (CM) to produce the switch. We submitted a detailed Bill-of-Material, the schematic, the Cadence Allegro CAD files, the Gerber files, and Native Mechanic design files. Based on this information, it is possible to essentially manufacture this switch with any CM or ODM. Anybody can take the design, modify it, and resubmit it to OCP. This fully open approach enables the community of OCP contributors to benefit jointly from a state-of-the-art design while focusing on iterative improvement.

Getting ready to scale: “Operationalizing” Wedge and FBOSS

Unlike with traditional closed-hardware switches, with Wedge anyone can modify or replace any of the components in our design to better meet their needs. In the past year, we have scaled our Wedge and FBOSS deployment in production at Facebook from a few switches to several thousand. To get to that point, we had to make continual adjustments and improvements — all of which contribute to the reliability of Wedge and FBOSS for anyone who is interested in using them.

We developed FBOSS to handle a weekly cadence of new features and bug fixes. This pace is typical for many Facebook software services. To achieve this, we had to make sure we could update thousands of switches seamlessly, without any traffic loss that could cause outages:

Many network operators we’ve spoken with share our goal of managing our networking devices and servers in the same way. With that goal in mind, we designed both Wedge and FBOSS to closely resemble server hardware and server software, which has enabled us to deploy, monitor, and control these systems alongside our servers and storage.

While this has been a huge win for us, we also learned some good lessons early on in the process:

An often-seen failure mode in switches occurs when the CPU is overloaded to the point where it falls behind on its control plane duties, like sending routing protocol messages or programming the ASIC, which is when traffic outages can appear. In our case, all our new data centers are based on our next-generation fabric design, which is a high-density Clos network deployed to meet our unprecedented growth challenges when building infrastructure at scale. At the heart of this design is the three-tier architecture shown below. 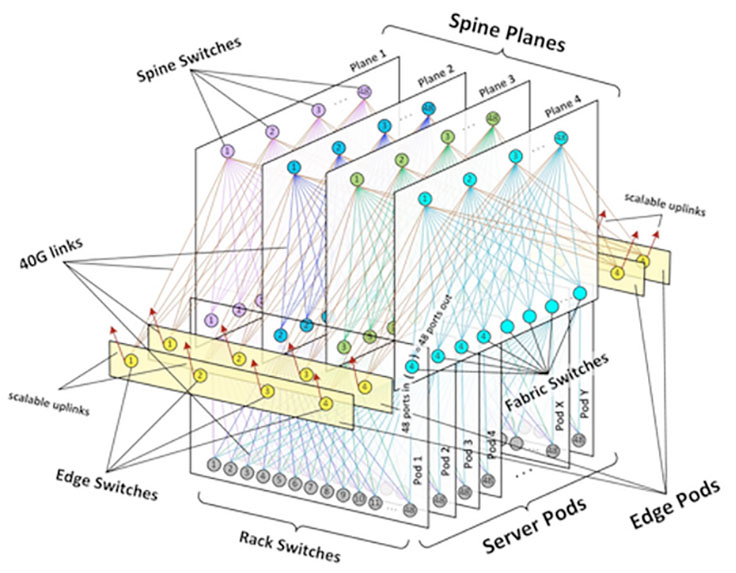 Early on during our testing, we ran into several scenarios that showed just how important it is to protect the CPU and the control plane. We have now configured hard limits on the amount of traffic that gets sent to CPU from the switch ASIC. Further, we prioritize control plane traffic to the switch to ensure that the control plane of the fabric is up as much as possible. Here is just one of the debugging scenarios we went through as we scaled out.

This works well with one link down, but if an entire rack switch goes down, the backup peers soon notice the withdrawn subnet and withdraw the backup route as well. However, before all backup peers withdraw from this route, there is an extremely transient routing loop that continues until the packet TTL expires (or maximum hop count is hit for IPv6 packets), at which point the packet is sent to the switch CPU. At our data rates, even a brief burst like this is too much for the CPU, and soon enough we are no longer even able to keep up BGP peering sessions, exacerbating the situation.

Now that the CPU has been protected, any situation that tries to send too much traffic to the switch CPU — including this one — is no longer a problem.

As exciting as the Wedge and FBOSS journey has been, we still have a lot of work ahead of us. Eventually, our goal is to use Wedge for every top-of-rack switch throughout our data centers.

We’ve been working with a number of vendors and operators to help them start using Wedge and to share our experience with deployment of OCP switches in order to create a bigger open source ecosystem in networking. For example, Big Switch Networks now provides an Open Network Linux image that includes everything you need to run FBOSS on a Wedge and start programming it: http://opennetlinux.org/wedge.

We also don’t plan to stop with the rack switch. Work is already underway in scaling our software to operate at higher speeds and handle higher complexity. We are working on Wedge 100, a 32x100G switch that we are looking forward to sharing with the networking community soon. This is in addition to our work adapting Wedge to a much bigger aggregation switch called 6-pack, which uses Wedge as its foundation and stacks 12 of these Wedges in a modular and nonblocking aggregation switch. FBOSS as a software stack runs across our growing platform of network switches: Wedge, 6-pack, and now Wedge 100.

Thanks to the entire Wedge and FBOSS teams for all their hard work getting us to this scale so quickly. We’re looking forward to sharing even more with the community. 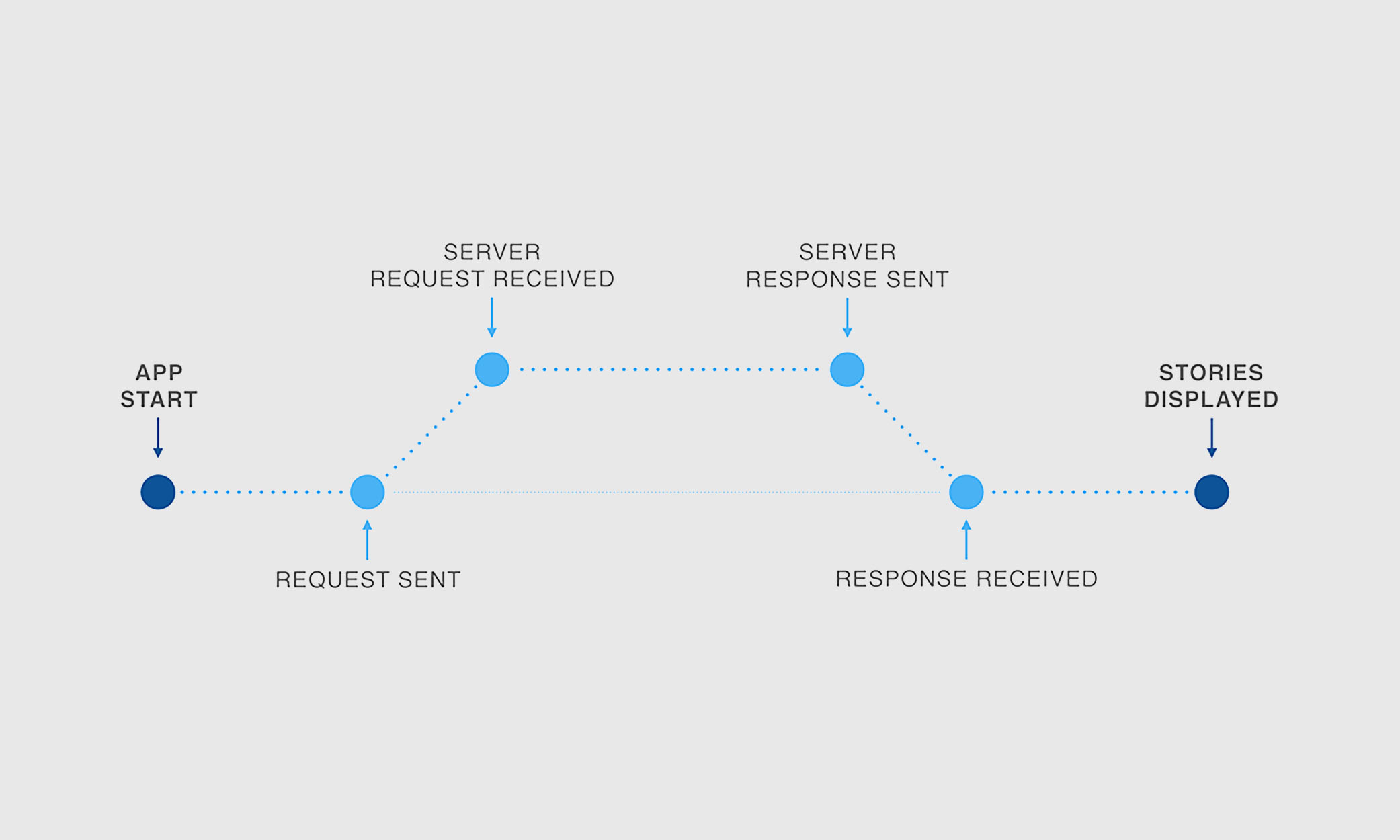