The U.K.’s Royal Academy of Engineering has elected Facebook Research Scientist Mark Harman as a Fellow for his achievements in academia and industry, including his work on search-based software engineering (SBSE), intelligent software testing tools, and web-enabled simulation (WES) approaches. Election to the Academy is by invitation only, and it is one of the highest honors an engineer can receive in the U.K. Harman is one of 50 engineers newly elected to the Fellowship, which according to the Academy, “represents the nation’s best engineering researchers, innovators, entrepreneurs, business, and industry leaders.” The Academy and its Fellows aim to harness the power of engineering to build a sustainable society and an inclusive economy that works for everyone.

“Looking at the people who have also been made Fellows, I’m pleased and humbled to be in their company,” says Harman, who joined Facebook in 2017, after 25 years in academia. “For the last four years, I have been up close and personal with large-scale engineering challenges at Facebook,” he explains. “It’s been a baptism of fire, but I hope I am learning quickly.”

His groundbreaking research in SBSE underpins Sapienz, a tool for efficient code testing, and also feeds into WES, a research project that aims to model and predict real-world, harmful online behaviors. SBSE is an approach that uses search-based optimization algorithms to find solutions to highly complex software engineering problems. Using the technique allows for smoother testing, design, and project management in software engineering.

Director of the Centre for Research on Evolution Search and Testing from its inception in 2006 until his move to Facebook, Harman remains a professor of Software Engineering at UCL Computer Science and says he hopes his fellowship will offer him the opportunity to meet engineers from many other disciplines. “It will feed my understanding of the challenges that the world faces and lead to further external recognition of Facebook’s research.” He explains that software is a unique engineering discipline. “It’s the only form of engineering where the material you build with is completely virtual rather than physical.”

Harman, who has won several awards in the past decade — including the IEEE Computer Society’s Harlan D. Mills Award and ACM SIGSOFT’s Outstanding Research Award, shares his secret for staying ahead of the curve. “A vision or a north star is necessary but not sufficient,” he says. “You also need a great team of people who share and understand the vision, and that’s always been the key to my success, whether it’s my academic work at UCL, or the teams in which I have been so fortunate to work at Facebook.”

Harman graduated from Imperial College London in 1988 with a degree in software engineering. For the next 25 years, he worked solely in academia, where he wrote, edited, and reviewed hundreds of papers, and authored books about software testing and programming languages. “I spent the first two decades of my career learning the theory of how to make software better – maximizing the chance it brings value to people and minimizing the chance it will crash,” he says.

But like many of his peers, making his mark in the industry was gradually becoming an itch he wanted to scratch. “I was doing plenty of research but not seeing enough uptake,” he says. “I realized I was talking the talk on software engineering but perhaps not walking the walk.”

Entrepreneurship beckoned. In September 2016, Harman cofounded MaJiCKe Limited, where he, together with a team of engineers, built intelligent software testing tools that detected problems with the Android operating system. “That grew into the Sapienz testing system,” explains Harman. “We managed to automate and accelerate testing, which would otherwise be a very tedious and error-prone activity.”

When Facebook acquired Sapienz in 2017, Harman and two other MaJiCKe engineers, Yue Jia and Ke Mao, joined the company as well. Finally, Harman was seeing his research deployed and used by industry at scale. Harman says he feels like he’s found his niche. As he told Forbes last year, he enjoys the freedom to explore and experiment as an engineer, the rapid pace of deployment, and the scale that allows Facebook to cope with unprecedented software engineering challenges.

This entrepreneurial acumen, engineering talent, and managerial flair are now being deployed in WES. Harman and a team of engineers (“It’s truly a team effort,” he says) have built a highly realistic, large-scale simulation of Facebook, and are using machine learning (ML) to train bots to behave like real people on the platform. This simulated version has an important purpose: It allows engineers to analyze and understand the complex interactions between people. As on any large social media platform, these interactions include bad behavior like spamming and scamming. From there, engineers can develop mechanisms that crack down on harmful behavior and bad actors, while providing added protection for everyone else.

Harman acknowledges that WES marks a shift in direction for him. “I realized that people can use software for good and for ill,” he says. “My career is now not just about making software better — it’s about intervening to make it easier for people to do good things and more difficult to do bad things.” He explains that, in this respect, software is more malleable than any other engineering material. “Its unique malleability means that software does not have to be agnostic about the way that humans use it.”

As part of WES, Harman and other Facebook London engineers have created two communities of bots. One is a community of “innocent” bots, who are potential victims, while the other is a group of “bad” bots, who crawl the network trying to find the victims. It allows engineers to simulate the behavior of the bad bots, and then trial various methods of curbing that behavior, such as limiting the number of posts and messages they can send.

Harman and his fellow engineers have high hopes for WES. In coming months, the team hopes to gain a better understanding of how online communities form, and, as Harman says, “make it harder for bad things to happen, and easier for good things to occur.” In the longer run, the team wants to use SBSE techniques to automate the system’s processes. Harman hopes that in three to five years the team will be using advanced ML approaches to anticipate harmful behavior. “That will allow us to ward off bad things before they even happen,” he says.

He deliberately avoids sensational language when it comes to addressing the future impact of AI on the world. He explains that, to date, AI has been a mathematical and statistical phenomenon. “There’s no magic involved,” he says. “So far, we’ve only seen software and algorithms finding patterns in vast amounts of data,” he explains.

In the meantime, Harman is keen to keep, as he puts it, “a toe in academia.” He enjoys his part-time role as a professor at UCL and says he’s grateful for European Research Council and UK Research and Innovation for funding for his research. He now enjoys the best of both worlds. “Academia is intellectually stimulating, but it can be unsatisfying when your ideas don’t come to fruition,” he explains. “In this situation, I am lucky to be able to have my cake and eat it. It’s good to work with people who are thinking about wider scientific questions. And I still spend lots of my time reviewing papers, which I actually quite enjoy.” 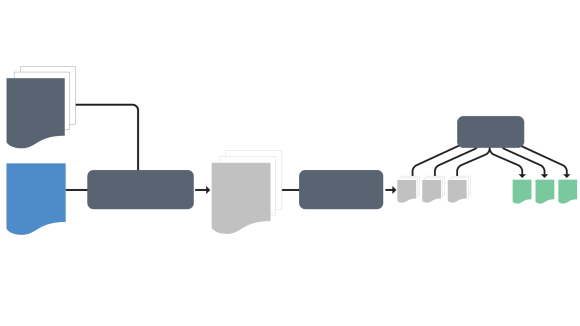