At Facebook, our engineers collaborate to create an open environment where ideas win and are executed quickly. Each week, our engineers will give you a look into what it’s like to ideate and build at Facebook in our new “Meet a Facebook Engineer” Q&A series. Check back weekly to hear from different engineers about what problems they’re passionate about solving right now, what they’re up to at Facebook and what advice they have for you. 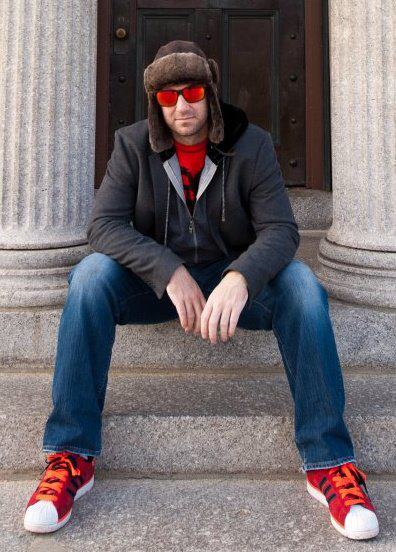 Q: Why did you join Facebook, and how has the value of working here changed over time?

A: When I joined in January 2006, Facebook was the most ambitious of a wave of social technologies. It certainly wasn’t the first social technology on the web, but we all joined it and used it pretty much daily from having been on it as undergrads.

I thought it was a good product and a fun product, but I pretty much interviewed on a lark (plus it was a free trip back to visit my family). But when we came and talked to Zuck and Jeff Rothschild and a couple of other folks, we were really impressed by their ambition and vision. Everyone else was content to generate some page views and get ads, but Facebook was not focused on page views—they were focused on being a social platform, on really changing the way the web worked at a pretty fundamental level.

The ambition that drew us here hasn’t changed—it has driven us to be the where we are today. But the vision isn’t finished; we still have a lot of work to do.

Q: How do you maintain the pace of innovation and keep people excited about the work they’re doing?

A: We constantly reevaluate what we do here—that means the product and everything else we’re working on. A couple years ago I was working on a piece of infrastructure for a month and a half that I was really excited about, but at that point we were really struggling with some performance issues. I realized performance was a more important use of my time, so I took it on instead.

The expectation here is that people will move around every 18 months or so to make sure they are feeling challenged and facing new problems. We facilitate this through a program called Hackamonth. In the program, engineers take a break from their current role and spend a month on a different team — and at the end of the month they can decide if they want to stay with the new team, go back to their previous team, or try something different. Most people do make this move every two years. In the six years I’ve been here, I’ve done News Feed, infrastructure, site speed, Bootcamp, Messages/Chat, and now I’m onto the next thing.

Q: How can companies maintain the better parts of their founding culture as they grow?

A: Most years I’ve been here we’ve doubled in size. There are certain scale points that are particularly meaningful, like getting past Dunbar’s number for the entire engineering organization and getting to 150 people within a single organization. As we’ve passed those numbers, we’ve come up with systems like Hackathons, Bootcamp, and Hackamonth that are meant to break down barriers between teams. When you have fluid movement between teams, every person who leaves one team and joins another is a cultural emissary. The good news about having a bigger engineering team now is we have a lot of people to mentor the next generation of engineers. Of course you can’t guarantee this sort of thing, but we’re committed to it.

Q: Most engineers choose their teams at Facebook after spending their first six weeks in Bootcamp, a cross-functional, mentorship-based onboarding program. Why is choice so important?

A: Bootcamp is a matter of maximizing each new engineer’s impact and interest — which we can only do if those new engineers know what teams there are, what they’re doing, and who’s on them. These are things you have no hope of knowing before you join the company, so when you start, we expose you to those people, their roadmap, and their vision. Once you have all that information you’re going to make a much better decision than we would make for you, and having made that decision yourself you’ll be so much more committed to what you’re doing.

Q: What’s the best way for a new engineer to attack problem solving in Bootcamp?

A: When people show up at a new job, I think everyone’s instinct is to say, “Just tell me how to do things and I’ll do it that way.” And that’s explicitly what we don’t want. We want people to look at our system with fresh eyes and tell us what we’re doing wrong. We do want to transfer knowledge, but our goal is to transfer it reactively. Of course if someone doesn’t know how to solve a problem, we’ll help by showing them how we’ve been doing it. But we still want to see if people will solve problems in a way we hadn’t considered. We encourage people in Bootcamp to think creatively about their position and make the most of it, because Bootcamp is a microcosm of how the whole system is meant to work.

This is one of the things that’s very different at Facebook. At many companies, when someone comes up with an answer and tells two or three other people, it becomes gospel and beyond question. People fall victim to this pattern of knowledge transfer and everyone stops thinking critically about the original problem.

A: There are huge tracts of untapped opportunity here. The big thing for us as engineers, PMs, engineering managers, and tech leads is that were all here for the same reason—we believe there is a great deal more to be done. You don’t go work somewhere because it’s finished or reached its potential.

I tell people I work at Facebook and they say, “Congratulations!” And they treat me like I’ve won something and I’m done. And that’s the thing we need to fight against—I don’t believe we’re finished. We don’t think that we’re even close to delivering on the potential for this product. You shouldn’t be looking at this product and wondering what there is to do, you should be asking why we aren’t doing this and why we aren’t doing that. And the answer isn’t because we don’t want to, the answer is almost certainly we just haven’t had enough time or people. Because you haven’t joined to build it yet.

Boz, an engineering director at Facebook, started Bootcamp in 2008.