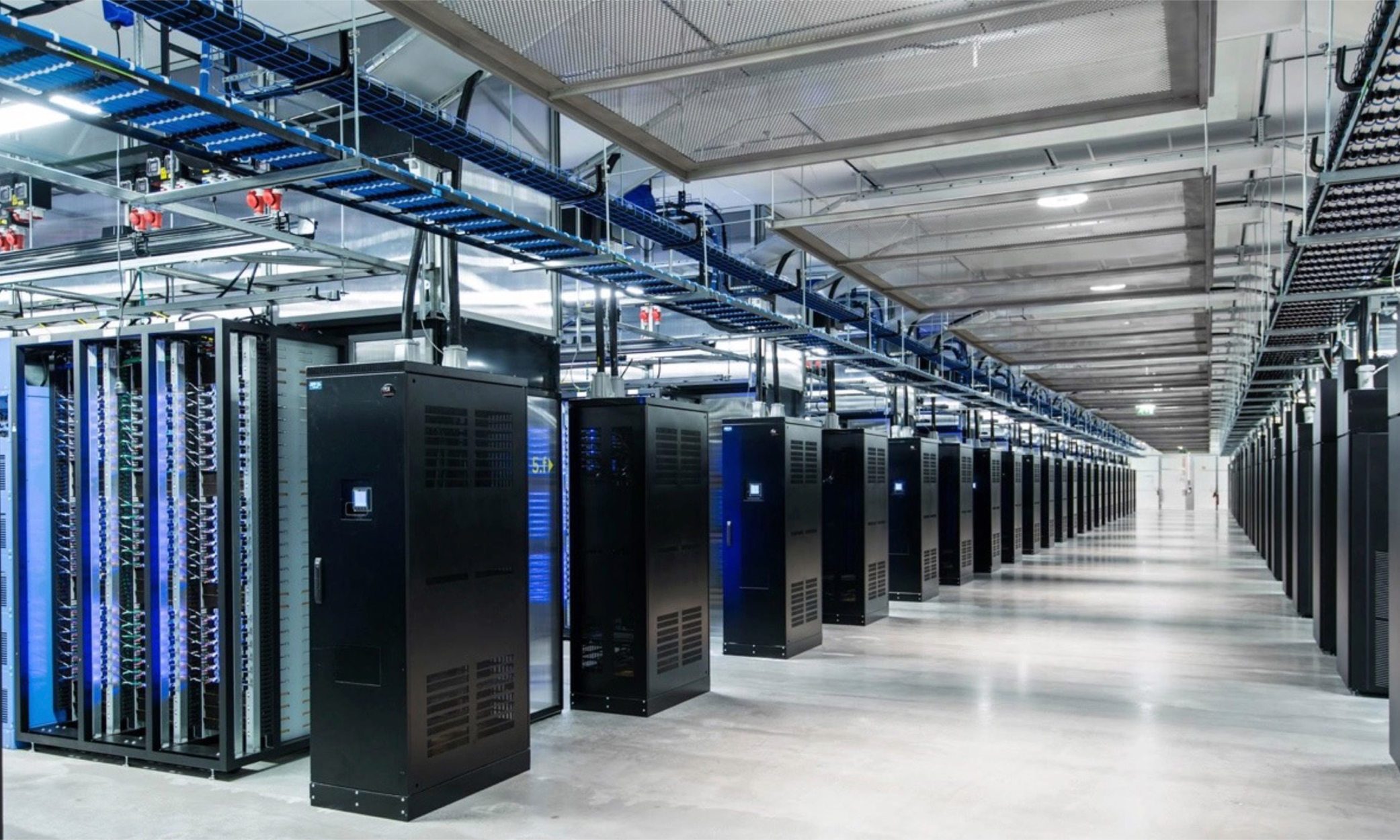 Last year we talked about our production DHCP infrastructure and how we use ISC KEA in production to deploy a stateless and dynamic DHCP server across the fleet. At the time, we used a hash-based ECMP selection algorithm for our BGP anycast IP distribution.

A question arose about whether the DHCP traffic was well-balanced across our KEA servers. We didn’t know the answer, but upon follow-up we found it was not well-balanced. Our dashboards reflected this. The graph below shows requests per second among servers in the same data center, where a single server is taking most of the traffic. 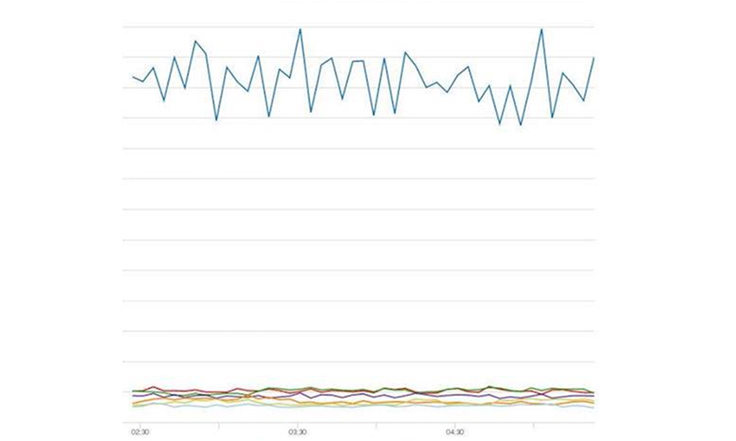 We concluded that the imbalance was related to anycast and the network topology. We did not place our KEA instances symmetrically inside our fabric network to get more evenly distributed traffic. This was due to limitations of our container infrastructure, which does not have a view of our network topology down to the fabric pod. Load distribution when using anycast depends on where the clients are calling from and where the receivers are located.

BGP/ECMP cares only about the topology of the network it is operating on and the number of hops between the source and destination; it does not take into account the number of requests hitting each path. Balancing happens only if the receivers have the same distance from the senders.

Earlier this year we were faced with an incident in which racks in a data center became flooded with DHCP requests and only the closest KEA server was getting hit (the orange line in the graph below), while the others were basically idle. This led to high response latency initially and eventually to systems not being able to obtain their IPs.

We had to find a way to fix this imbalance. We decided to tackle this problem during an upcoming hackathon.

The Dublin Infra Hack: Building a proof of concept 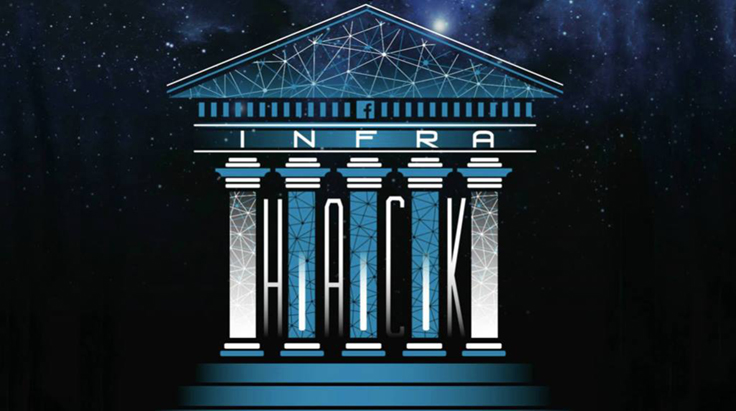 A small team of engineers assembled for our Dublin Infra Hack this past April and spent two days hacking on a proof of concept for a DHCP load balancer that would sit behind our anycast VIP and source a list of DHCP servers from a file, trying to balance incoming requests. We deployed the dhcplb prototype in a cluster and tested a few provisioning jobs — and it worked! We landed the code in our repository but knew we still had more work to do. For one thing, we had only been able to tackle DHCPv4 during the hackathon and wanted to build out additional features.

The internship project: Productionize the prototype

An intern joined the Cluster Infrastructure team in Dublin this summer and, working with two production engineers on the project, managed to ship the following features:

Rolling out to production

We rolled out dhcplb four weeks before the end of the internship and immediately saw improvements.

The graph below shows how dhcplb is doing a better job at balancing DHCP requests more evenly across our KEA dhcp servers: 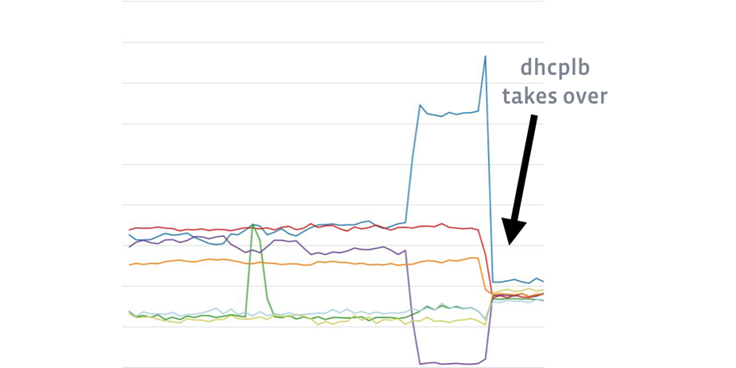 We are now able to apply an A/B testing model to our KEA servers as well as redirect given MAC addresses to the KEA servers we want, which has made testing KEA changes simpler. If we want to, we can black-hole bad actors or throttle them appropriately.

TORs (top-of-rack switches) at Facebook run DHCP relayers, which are responsible for relaying broadcast DHCP traffic (DISCOVERY and SOLICIT messages) originating within their racks to anycast VIPs, one for DHCPv4 and one for DHCPv6.

At Facebook we use Open Compute rack switches running FBOSS. However, if you are using, for example, a Cisco switch, the configuration would look like this:

Because the VIP is unique, it makes the TOR configuration simpler, and this part of the configuration doesn’t need to be templatized.

We have dhcplb Tupperware instances in every region listening on those VIPs (using the ExaBGP advertiser). They are responsible for receiving traffic relayed by TOR agents and load-balancing them among the actual KEA DHCP servers, distributed across clusters in that same region.

The configuration for dhcplb consists of three files:

The architecture is represented in the figure below: 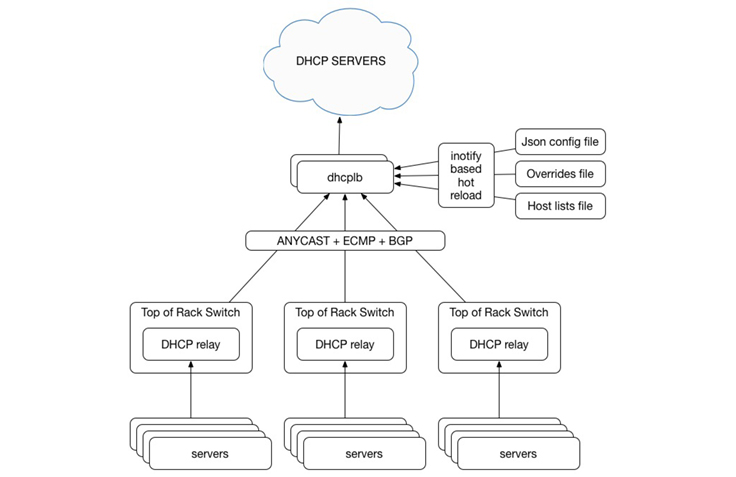 Dhcplb is written in Go and can be fetched from GitHub here.

To install dhcplb in your $GOPATH, simply run:

This will fetch the source code and write it into $GOPATH/src/github.com/facebookincubator/dhcplb, compile the binary, and put it in $GOPATH/bin/dhcplb.

If you want to extend dhcplb to satisfy the needs of your infrastructure, you can read the Getting Started guide. 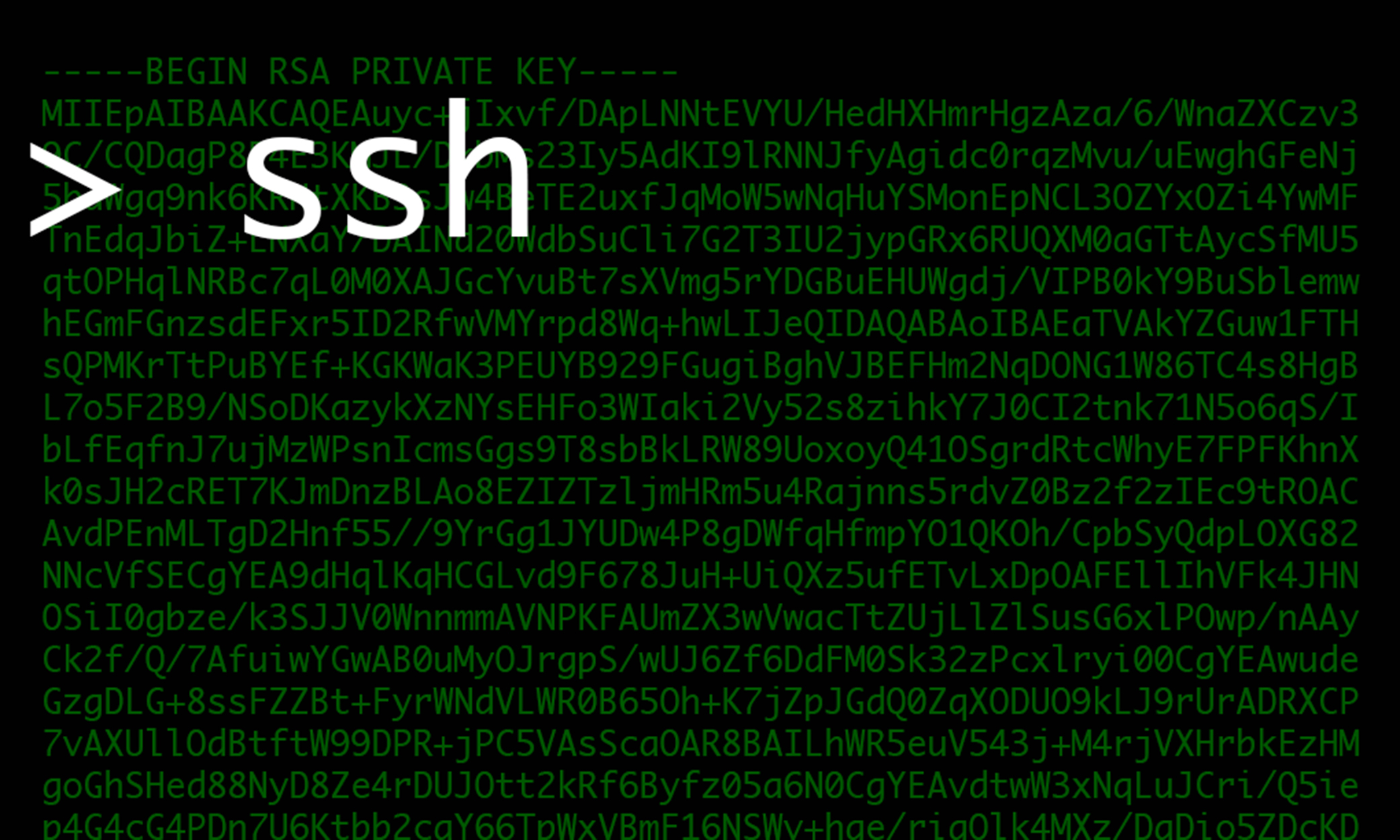 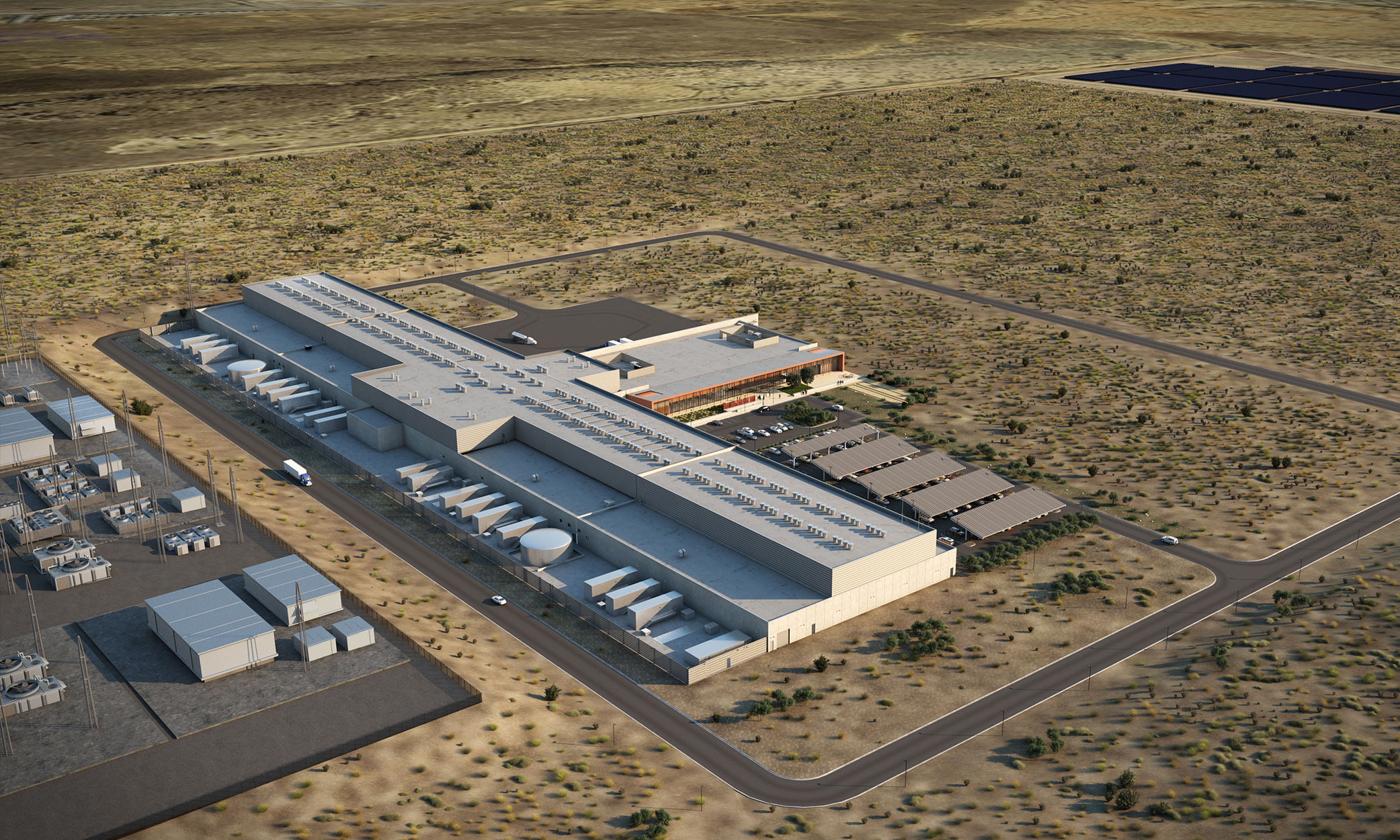 Next
Facebook in Los Lunas: Our newest data center