When I wrote about Facebook's release process earlier this year, I stressed how fast we build things here and described how we push new code to facebook.com every day. In fact, I closed with the advice to "ship early and ship often.” Last week, in conjunction with the opening of our engineering office in London, we decided to double the release speed of facebook.com and indeed "ship often."

We will roll facebook.com onto new code twice a day now, with a push driven by a recently-hired release engineer in our New York office in addition to our standing daily push managed by our California release engineering team. The New York-based push will give much more power to our engineers who aren’t based on the west coast of the U.S. and will ensure they're able to move and ship as quickly as any other engineer in the company. It will also give California engineers two chances to get code shipped and features launched each day.

When I came to Facebook in 2008, I was the only release engineer, supporting around 100 developers in one location. Now that we’ve added more people and offices around the world, my small team in California (and now New York) is supporting hundreds more developers who are producing 6 times the amount of code per week. We’re making this change to keep our release process as quick and efficient at 1000 engineers as it was at 100. 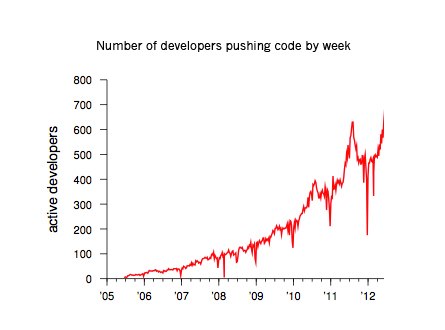 I'm really looking forward to this change as it takes our already incredibly aggressive release process and doubles down on it, offering us twice the opportunity to ship great things. It's exciting and I think it crushes what anyone else of our size and impact is doing. Ship early and ship twice as often.