More than 200 people traveled from around the world to participate in the event, representing many of the great technology and finance companies. After morning presentations, the group broke into a series of smaller discussions focused on a variety of topics ranging from server design to management software to how the ecosystem is evolving. 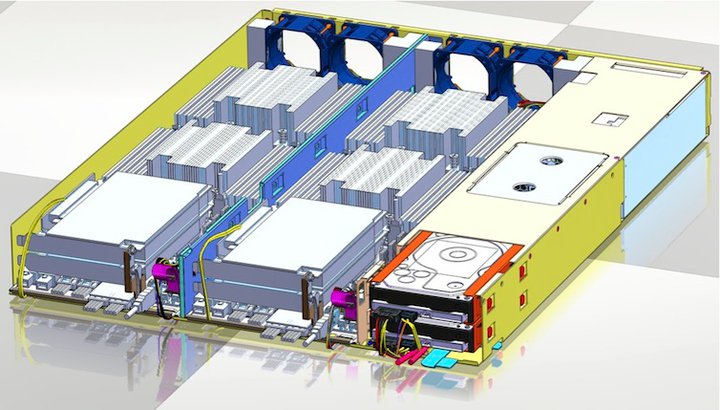 Instead of placing a single motherboard in each chassis, we’re now building servers with two narrow motherboards sitting next to each other. These motherboards support the next generation of Intel processors and AMD’s Interlagos. To enable these new designs, we’ve also modified the server chassis, power supply (700W output from 450W), server cabinet, and battery backup cabinet.

One question that has been asked a number of times since releasing version 1.0 of the Open Compute designs is if Facebook plans to build a storage server. Amir announced a project designed for our storage intensive applications. It’s actually a platform approach in that you can vary the ratio of compute to storage using the same physical building blocks. If you fully load the server, each storage node can support 50 hard drives split across two controllers. 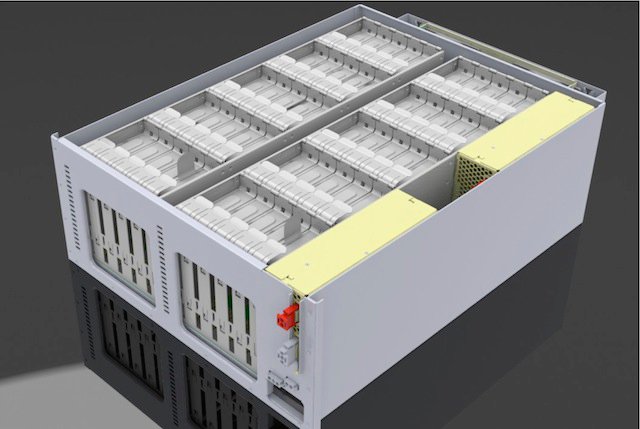 We’ll put these specifications on the opencompute.org site within a couple of weeks. One aspect that is different from the initial Open Compute launch is that these designs haven’t gone into production yet. Instead, we’re still in our testing phase, which means that your feedback can make a real difference in the final hardware designs and specifications.

Tom Furlong, Facebook’s Director of Site Operations, and Dan Lee, a Facebook mechanical engineer, gave an update on how our first data center in Prineville has been operating with an actual measured PUE of 1.077. Also, a local company built a heliostat solar array in Prineville to explore how on-site power generation can be used within data centers.

Building the Next Open Compute Data Center in North Carolina 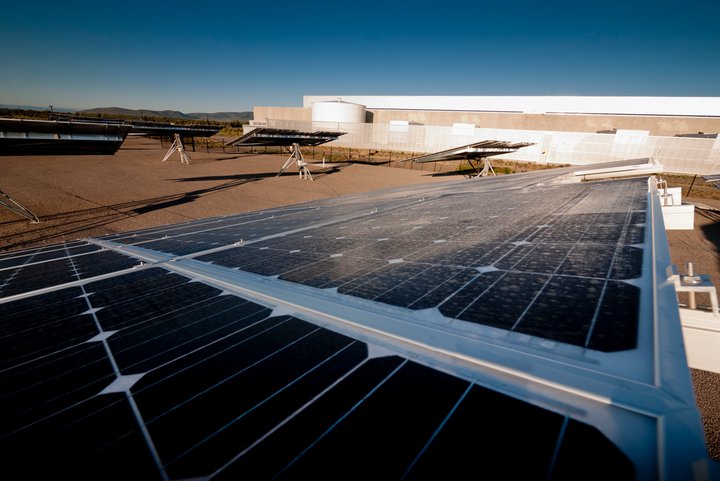 Our teams have learned a number of things over the past few months of operation, which have led to changes in our second phase of Prineville as well as our new data center in Forest City, North Carolina. Comparing our first phase of Prineville with how we plan to operate Forest City, we’ve raised the inlet temperature for each server from 80°F to 85°, 65% relative humidity to 90%, and a 25°F ΔT to 35°. This will further reduce our environmental impact and allow us to have 45% less air handling hardware than we have in Prineville.

Beyond introducing a number of new technologies, our goal was to bring together this new community of engineers with a focus on creating new projects and collaborating. Frank Frankovsky, Facebook’s Director of Hardware and Supply Chain, kicked off the event by focusing on how we want to encourage collaboration earlier in the design process. Our version 1.0 specifications were released after we had deployed hardware; we’re releasing the version 2.0 specifications in our EVT testing stage and the new storage server specification even earlier in the design process.

To help facilitate collaboration, Frank also announced our intention to create a non-profit foundation with roles ranging from using this hardware to building it to actually contributing to the specifications and leading entire projects. While all of the details aren’t yet worked out, each project will be separate, allowing you to choose exactly the areas where you want to contribute and want to avoid. These projects must embody the four tenets of efficiency, economy, environmental friendliness, and openness that have driven the Open Compute project from the start. Projects and hardware sold based on these designs must be aligned with these core tenets before they can call themselves “Open Compute.”

As a part of growing the community, the following people shared their perspectives:

In the afternoon we switched from presentations to a series of breakout sessions that covered a series of technical topics. We then asked participants from each session to share their highlights with everyone at the summit. An experiment in community building, many of the breakout sessions were lively and engaging, and we see a number of projects potentially emerging from these efforts. The sessions were led not only by Facebook but by other companies such as ARM, Calxeda, Canonical, Goldman Sachs, Marvell, and ZT Systems.

Overall, it was a good start to building the Open Compute Project community. We believe that we can look forward to many exciting projects, ideas, and future summits as a result of this first meeting.

Yael is a member of the Open Compute Project team.