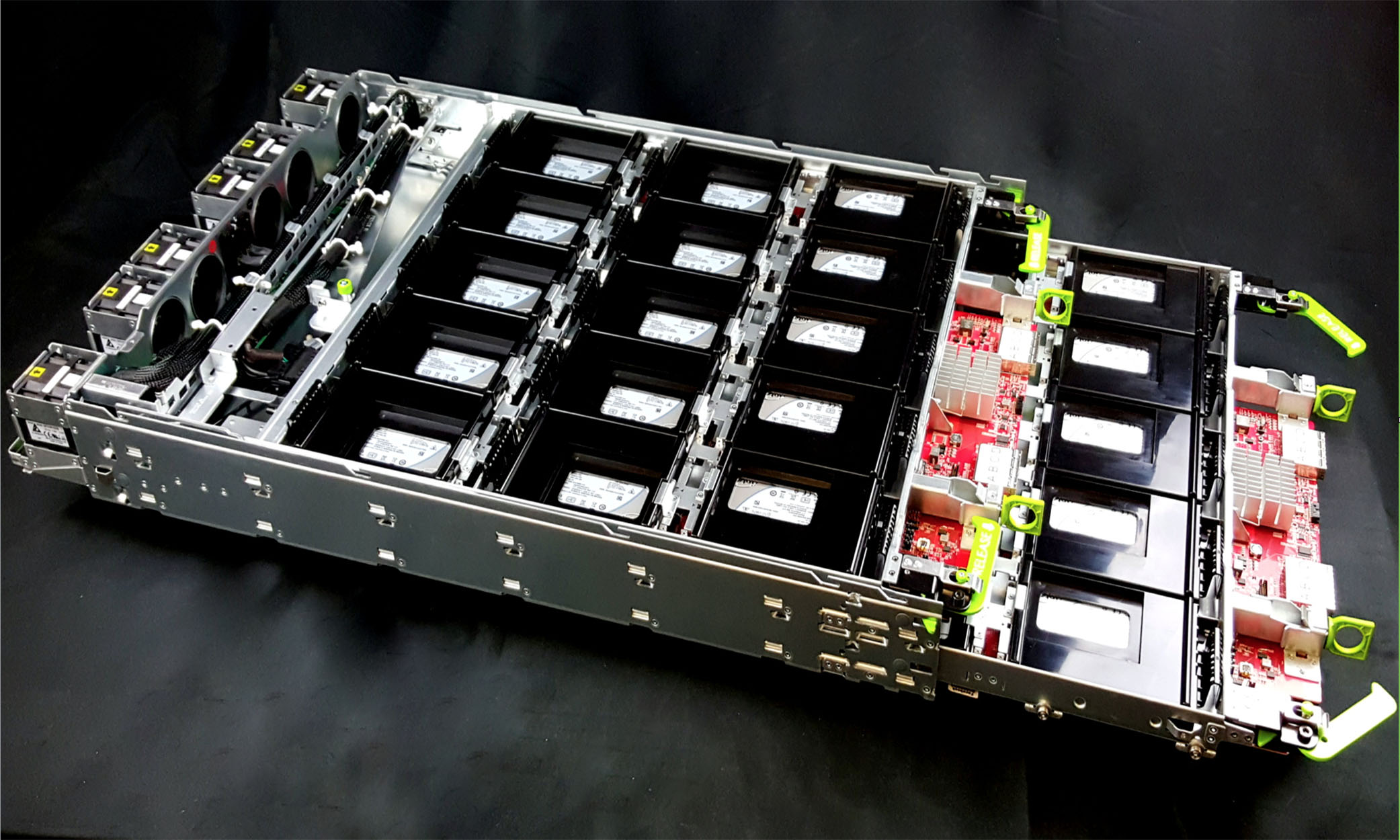 Facebook has used flash extensively for many years for our cache and database applications, and most recently as boot drives. The number of applications and the capacity footprint have grown rapidly, which means we need to rethink our approach, as current solutions simply cannot scale effectively. We are challenged to minimize the number of hardware building blocks, but at the same time maximize the amount of flash available to applications. One solution for continuing to improve operational efficiency within our data centers is to disaggregate the hardware and software components. In keeping with that trend, we have created a flash building block – a flash sled – that we can use to better scale out the flash capacity across multiple applications and tune the compute-to-storage ratio. Today we announced that we are contributing this solution to the Open Compute Project.

Why NVMe, and why Lightning?

SSD density has been doubling every 1.5 years. Efficiently scaling out this increased storage capacity and iops/TB required us to rethink our disaggregated storage appliance. Enter Lightning.

Lightning is our first version of a NVMe JBOF (just a bunch of flash). It is designed to provide a PCIe gen 3 connection from end to end (CPU to SSD). Additionally, we leveraged the existing Open Vault (Knox) SAS JBOD infrastructure to provide a faster time to market, maintain a common look and feel, enable modularity in PCIe switch solutions, and enable flexibility in SSD form factors. The block diagram below shows the topology that has been implemented.

What are some of the Lightning design challenges?

The NVMe ecosystem is continuing to evolve and has presented some interesting challenges that need to be solved before NVMe JBOFs are viable in data centers. Here are some of the challenges that we are addressing:

Lightning provides a simplified and scalable solution for flash. We narrowed the focus of the design to provide flexibility where it adds value for us and removed it where it does not. We removed the added complexity of redundancy and shared PCIe endpoints. We added the ability to support multiple SSD form factors and multiple head nodes, and we focused on a power level that makes sense for our targeted IOPs/TB. Finally, we are providing the entire solution (hardware and software) to the OCP community to bolster the NVMe ecosystem and accelerate the adoption of NVMe SSDs.

Additional details on the system are available in the preliminary specification on the Open Compute Project site. 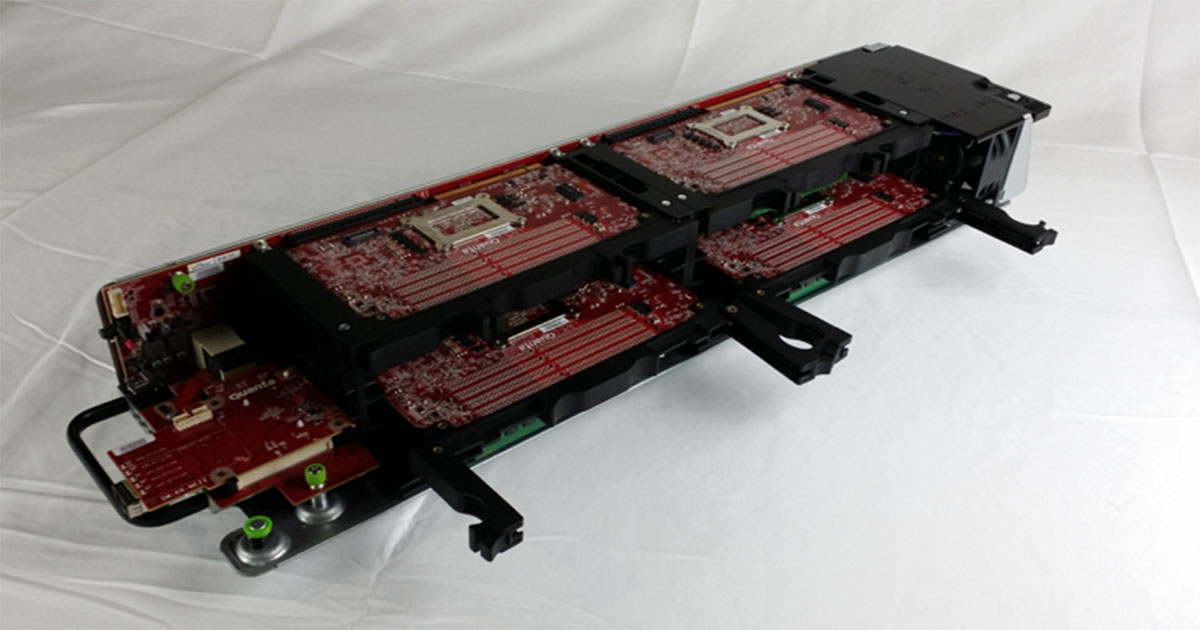