It’s no secret that Facebook operates at a huge scale–something we can do only with an infrastructure organization truly dedicated to efficiency and automation.

We have built a flexible automation system, called MySQL Pool Scanner, that makes life much easier for our team. It’s usually referred to as “MPS,” because hey, who doesn’t like a three-letter acronym? Efficiency!

MPS automatically detects a wide variety of problems on hosts and performs actions such as slave promotions and MySQL instance replacements as necessary. However, the system can only continue to do its job if there are enough spare MySQL server instances available. This is where our automated system for database provisioning — which we call “Windex” — comes in.

Windex was originally developed to wipe data from hosts coming out of production, reinstall everything from the OS through to MySQL, and then configure them so they could be placed back into the spares pool all shiny and new.

Now, Windex has expanded its role to cover all provisioning of MySQL DB hosts, whether they are freshly racked and set up by our site operations team or taken out of production for an offline repair like RAM replacement.

To get an idea of how Windex works and what it does, let’s first look at the typical flow a system coming out of production for repair would follow: 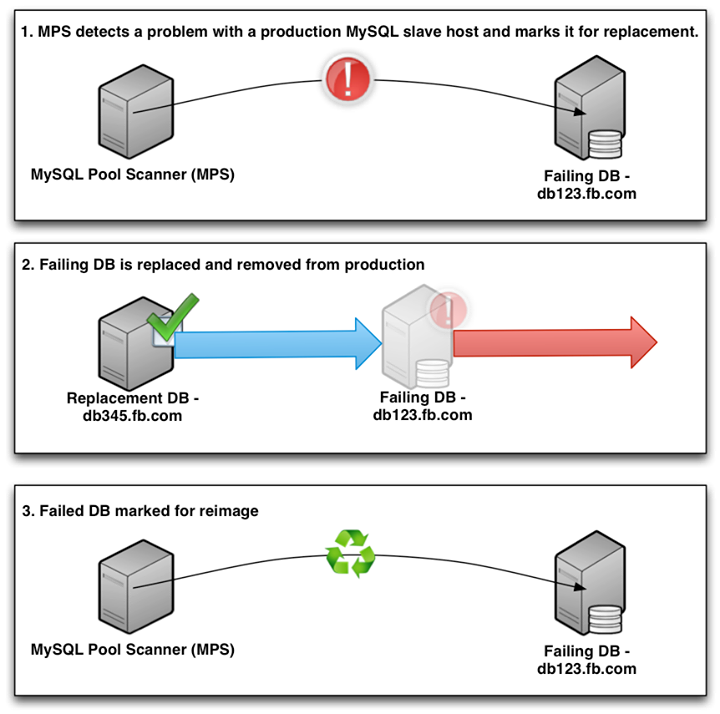 Windex jobs in repair state are periodically rechecked for repair status. Once the repair status is cleared, the job will be put into the “queued” state, ready to be worked on. 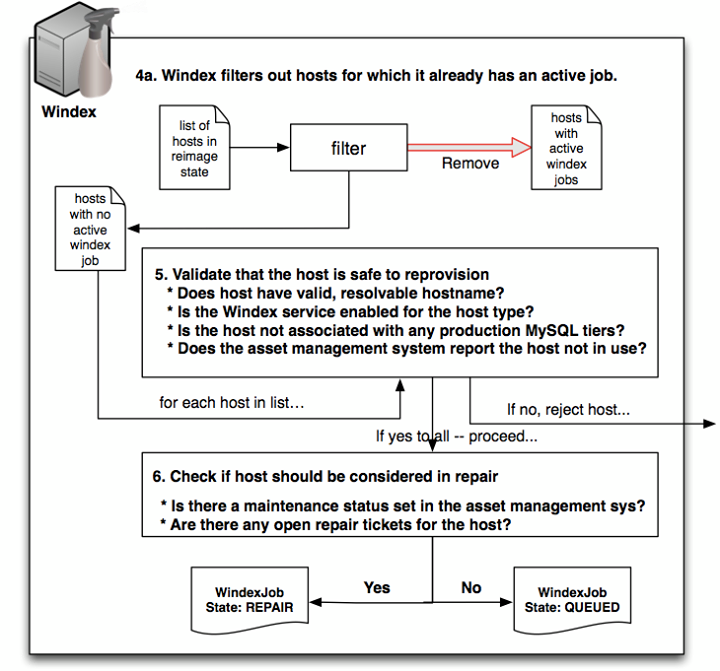 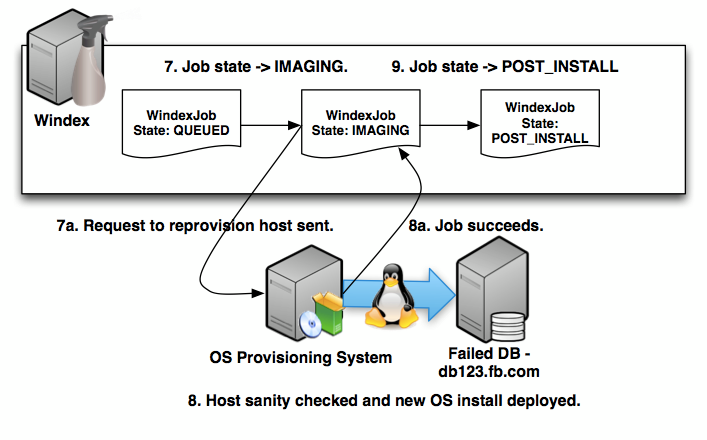 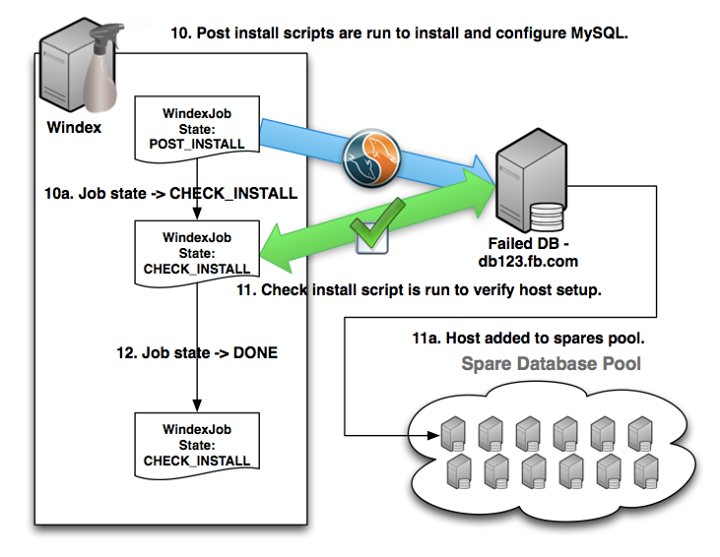 To make Windex work on new hosts, we simply create them in a “re-image” state in the MPS database. MPS picks up these new hosts at step 4 in the flow outlined above, when it scans the MPS system for hosts in the re-image state.

The above example is a fairly simplified, ideal-world scenario. But Windex also has some rudimentary retry and failure pattern detection logic built in to help in less-than-ideal situations.

The retry logic works like it sounds — if something like the provision job or post-install scripts fail, Windex will retry that step, up to N times, where N is some configurable number. For example, if an attempt to provision the host fails five times, then Windex will simply mark the job as failed. Similarly, if the post-install scripts fail after 10 attempts, the job will also be marked as failed.

In cases where the retries are exhausted as described above, and Windex fails the job, a new job will be created automatically by Windex, provided that the host is still in the re-image state and all the validation checks pass. This creates the possibility of an infinite loop of Windex creating a job, attempting to process the job, failing to do so, and then marking the job as failed.

The failure pattern logic in Windex catches this by keeping track of consecutive failures for a host. Each time a job fails, Windex stores a failure entry for the host, referring back to the failed job. If a host experiences a certain number of consecutive failures, Windex will put the failing job into a “needs review” state instead of “failed.” This state is considered an active state by Windex, which will prevent it from trying to create any more new jobs for the host.

Aside from preventing an infinite loop of failed provision jobs, having a workflow like this has really helped us tighten up our automation. Previously such repeat offenders may have just been sitting in a rack somewhere doing nothing, but now we are able to identify and fix the root causes and get these hosts back to work.

All of the above makes for a very helpful system, but what about the potential for chaos?

The verification logic from step 5 in the example above helps us ensure that our databases and other systems are safe for Windex to work on. That verification is applied not only as a gating factor to creating a new job in Windex, but also immediately before Windex does anything at each step in the different stages of provisioning. This is the most important thing to get right for any automation systems we have managing our MySQL servers.

At this point you have a recipe for disaster — production hosts queued for re-imaging. Thankfully, since Windex will validate the host again before it attempts to re-image, it will detect that the MPS state for the hosts are no longer “re-image” and move them to the “rejected” state without causing any damage whatsoever.

This is one example of why frequent validation is so important. It may sound like something that could only hit once in a while, but you would be surprised how often we come across situations where it helps.

Windex has only been a part of our automation infrastructure for a short time, but it has already performed thousands of successful jobs across our fleet of database hosts and has greatly increased the efficiency of the team.

Lachlan is a MySQL database engineer on the MySQL operations team. 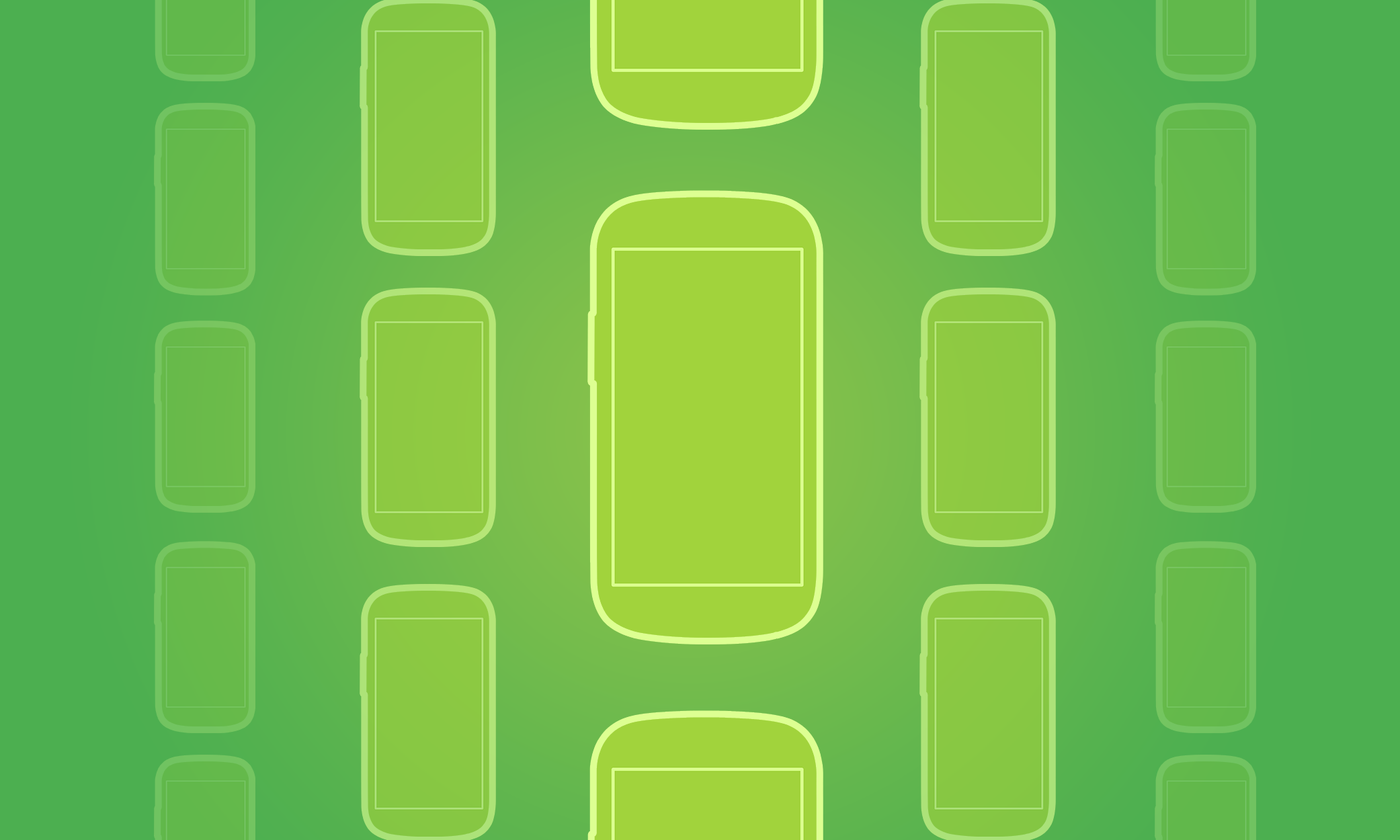 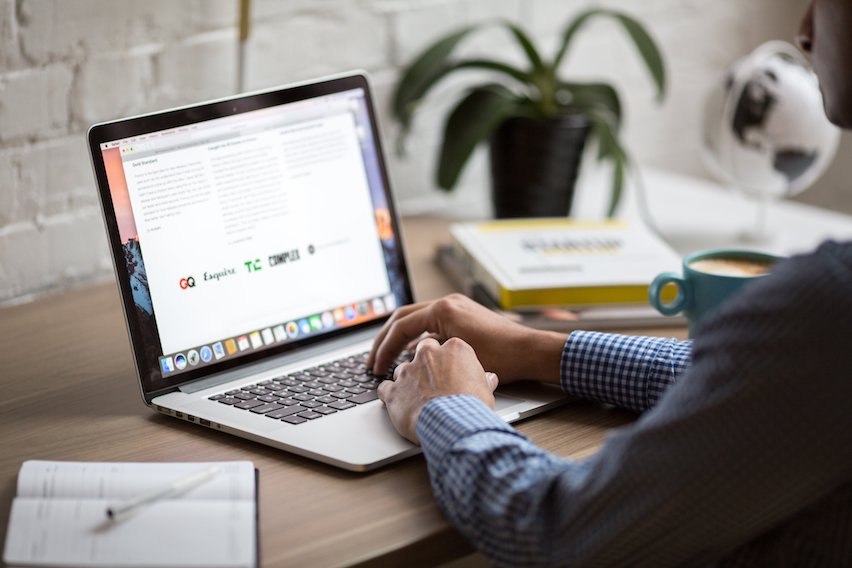 Next
Secure browsing by default