Connectivity is at the heart of our mission to give people the power to build community. We are committed to bringing more people online to a faster internet — and with 3.5 billion people globally unconnected, there is still a lot to do. Africa is currently the least connected continent, with just over a quarter of its 1.3 billion people connected to the internet. As part of our commitment, we’re proud to announce that Facebook has partnered with leading African and global operators to build 2Africa, the most comprehensive subsea cable to serve the African continent and Middle East region. A transformational cable, 2Africa is one of the largest subsea cable projects in the world and will interconnect 23 countries in Africa, the Middle East, and Europe.

At 37,000 kilometers long, 2Africa will be nearly equal to the circumference of the Earth. The project is impressive for more than length alone: It will provide nearly three times the total network capacity of all the subsea cables serving Africa today. When completed, this new route will deliver much-needed internet capacity, redundancy, and reliability across Africa; supplement a rapidly increasing demand for capacity in the Middle East; and support further growth of 4G, 5G, and broadband access for hundreds of millions of people. 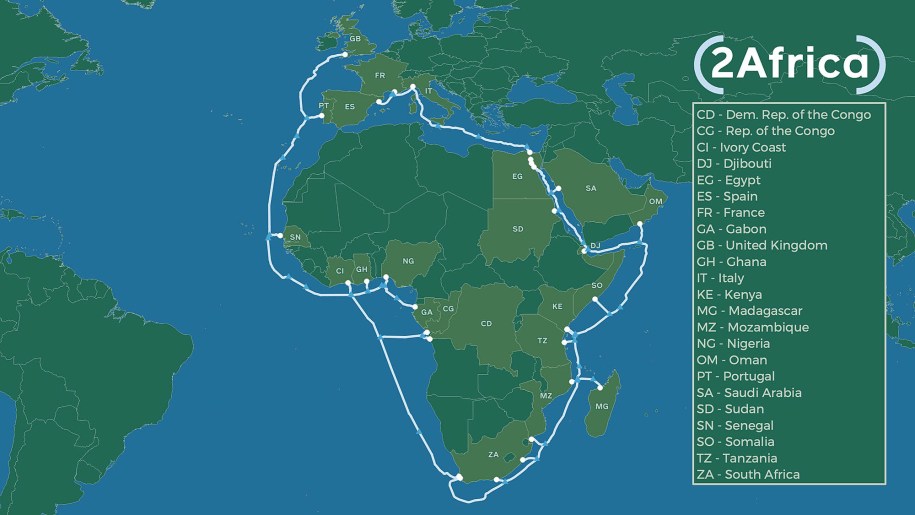 Expanding connectivity for the future

Like all of our investments, 2Africa is being completed as part of our efforts toward an open and inclusive internet ecosystem, which is a vital part of the continent’s digital economic growth. In the countries where the 2Africa cable lands, service providers will obtain capacity in carrier-neutral data centers and open-access cable landing stations on a fair and equitable basis. The first subsea cable system to seamlessly connect East and West Africa across a single open system, 2Africa will enable new avenues of communication from coast to coast. In addition, we are developing a new crossing that links the Red Sea and the Mediterranean Sea, the first in this region in over a decade.

This expanded capacity will facilitate a healthy internet ecosystem by enabling greatly improved accessibility for people and businesses alike. We have seen firsthand the positive impact that increased connectivity has on communities, from education to health care. We know that economies flourish when there is widely accessible internet for businesses. This project builds on our partnership with the Internet Society to develop internet exchanges and provide technical training, support, and equipment in Africa. We see 2Africa as an important pillar supporting tremendous internet expansion as part of Africa’s growing digital economy.

The investment in 2Africa builds on other investments we have made in the region, including infrastructure investments in South Africa, Uganda, Nigeria, and the Democratic Republic of the Congo. The ongoing COVID-19 pandemic has highlighted the importance of connectivity as billions of people around the world rely on the internet to work, attend school, and stay connected to those they care about. 2Africa will be not only an important element for advancing connectivity infrastructure across the African continent, but also a major investment that comes at a crucial time for economic recovery.

Making use of new technologies

Technological advancements have increased the efficiency of this project. This is the first system of its size to make use of an innovative aluminum conductor for submarine cable systems. In addition, we have doubled the maximum eight fiber pairs supported by older technology for significantly more resource-efficient fiber optic cable by implementing Spatial Division Multiplexing (SDM1) technology. SDM1 is the latest innovative technology currently available for submarine cables. With up to 16 fiber pairs, 2Africa will allow for far greater capacity. It will also be the first time Wavelength Selective Switching (WSS)-ROADM is utilized in Africa, allowing for more flexible capacity management.

One of the most important features of the 2Africa cable is that it was designed with resiliency in mind to attain optimal performance. The cable design itself provides an increase of 50 percent in burial depth — up to three meters — to ensure the highest availability with greater protection against damage. In addition, we designed the cable routing using advanced techniques to avoid areas of known subsea disturbance to ensure the highest levels of availability.

2Africa is a continuation of our ongoing efforts to expand global network infrastructure. We have collaborated with partners all over the world to build several subsea fiber-optic cables that are leading the industry in terms of reach, capacity, and flexibility. 2Africa is the latest example of our innovative partnership model, in which everyone benefits from developing scale infrastructure and shared technology expertise. 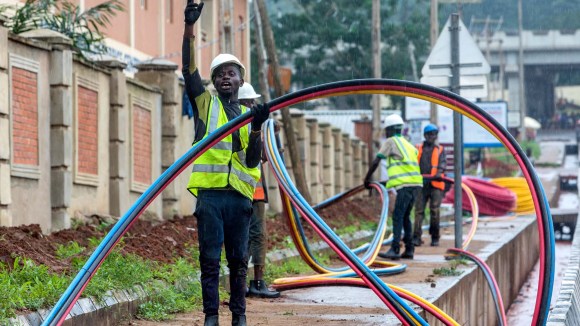 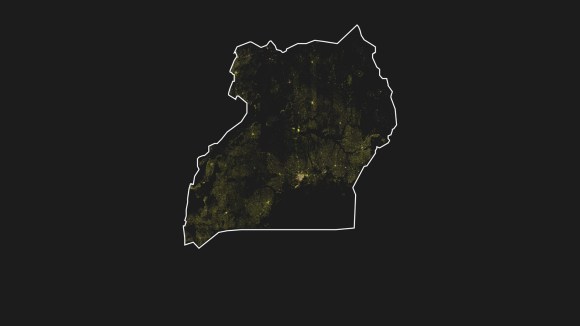