Facebook wants to make it possible for people to have deep connections and shared experiences with the people who matter to them most — anywhere in the world, and at any time. We’re always evaluating new technologies and systems to help us do that, and one of the things we’ve been building out in recent years is our global network infrastructure. Increased capacity, flexible traffic routes, and adaptable system equipment are all things we look for when we consider new projects, which is why we’re partnering with Google and Pacific Light Data Communication (PLDC) to build a new, state-of-the-art subsea cable spanning the Pacific called Pacific Light Cable Network (PLCN). 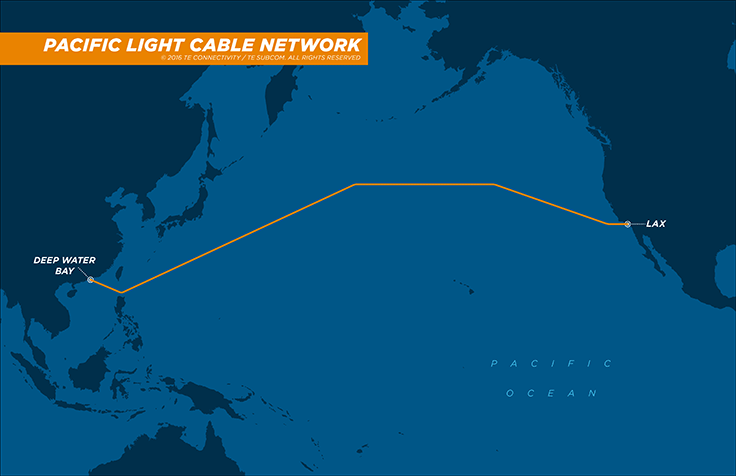 PLCN will be one of the highest-capacity trans-Pacific systems, with an initial estimated design capacity of 120 Tbps. PLCN will also be one of the longest direct cable systems in the world, connecting Los Angeles and Hong Kong. Most Pacific subsea cables go from the United States to Japan, and this new direct route will give us more diversity and resiliency in the Pacific. As the number of people using Facebook apps and services continues to grow in the region, PLCN will help further connect Asia and our data centers in the U.S.

PLCN will be a flexible cable system. Prior to this year, anyone deploying a new subsea cable would do so on a turnkey basis, with the system vendor providing the initial optical equipment based on whatever technology was available at the time the cable was contracted. Comparatively, the commercial and technical approach on this cable allows for independence between the wet plant and the optical technology. Each party can select its optical equipment independently, allowing us to choose from a variety of network equipment that will be interoperable with the system. This means equipment refreshes can occur as optical technology improves, including taking advantage of advances made during the construction of the system. When equipment can be replaced by better technology at a quicker pace, costs should go down and bandwidth rates should increase more quickly.

This is the second subsea cable project that we’ve been able to approach this way. The first was MAREA, the trans-Atlantic subsea cable system we’re building with Microsoft and Telefonica. Both cables will be built by TE SubCom, which supports this kind of agile approach. In each joint build, the parties will be able to update the technology in their allotted fiber pairs independently as needed. We believe most subsea cable systems will be created with this model in the future.

Construction of the cable will commence in 2016.