The Facebook Fellowship program supports Ph.D. students doing groundbreaking computer science research for one academic year. Over the past two months, the 2011-2012 Facebook Fellows have been gearing up for the end of their year with visits to Facebook HQ to present their research and meet the team. Here's a look into one Facebook Fellow's experience in Palo Alto. 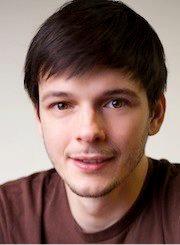 Q: What was your presentation about?

Kendo runs on today's commodity hardware while incurring only a modest performance cost, allowing Kendo programs to execute deterministically even after they are deployed. As a result, Kendo simplifies the development of parallel programs that require repeatable results. Moreover, Kendo simplifies debugging of multithreaded applications by providing a systematic debugging methodology that allows programmers to deterministically reproduce or detect all classes of bugs.

I met with a number of infrastructure engineers to talk about general systems, compiler work and Hip Hop VM.

Q: What surprised you most about your visit to Facebook?

I talked to Bobby Johnson about company culture and how things are done here. I was surprised by how "get it done" oriented engineers are here and the freedom they have. Bobby shared that Facebook tries not to keep the same people working on a project for more than 18 months which means there's a lot of new and interesting stuff to work on.

I'm presenting my research at ASPLOS in London.

Interested in becoming a Facebook Fellow? The 2012-2013 program has 12 slots, two of which are designated for women and those from underrepresented groups. Apply here by December 16.

We also invite faculty and students interested in the program to like the Facebook Fellowship Page for updates on the program, details about the submission process and answers to frequently asked questions.