The Facebook Hacker Cup started off with 11,768 people from around the world competing to solve some of the most difficult algorithmic coding challenges in three online elimination rounds. Twenty five emerged as finalists and were flown to Facebook’s HQ in Palo Alto, California, to compete in today’s ultimate event.

The top 25 finalists for Faceook’s inaugural Hacker Cup represented many countries: seven from Poland, six from Russia, four from the U.S., two from Japan and one each from China, Germany, The Netherlands, Singapore, Switzerland and Ukraine. Everyone spent two days at Facebook, taking with engineers in tech talks, eating in Cafe X, playing Settlers of Catan and learning to ripstik.

After selecting their machines (Mac or PC), the final hacking began at 10 a.m. PST. The challenge was to solve the three algorithmic problems below — Party Time, Safest Place and Alien Game — in the fastest possible time.

Each contestant submitted their code as they completed the problems. At the end of two hours of hacking, the answers are graded and each person’s total coding time totalled up. 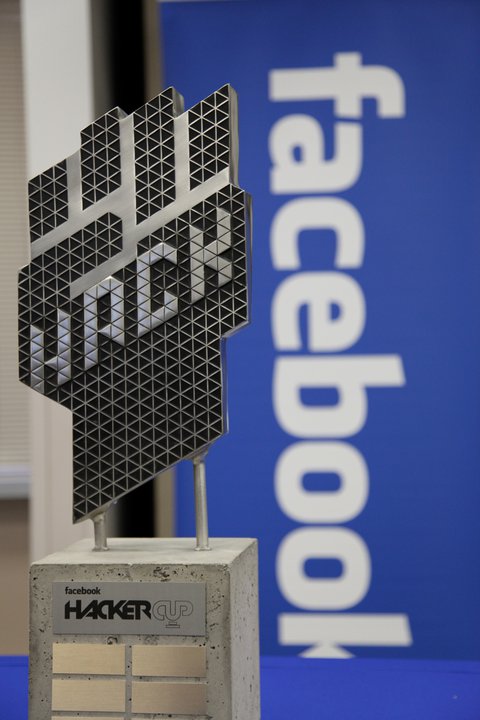 Below are the problem sets for the final round. We’ll update this post soon once we announce the world champion.

Update: After the problem submissions were graded, we announced the Hacker Cup world champion: 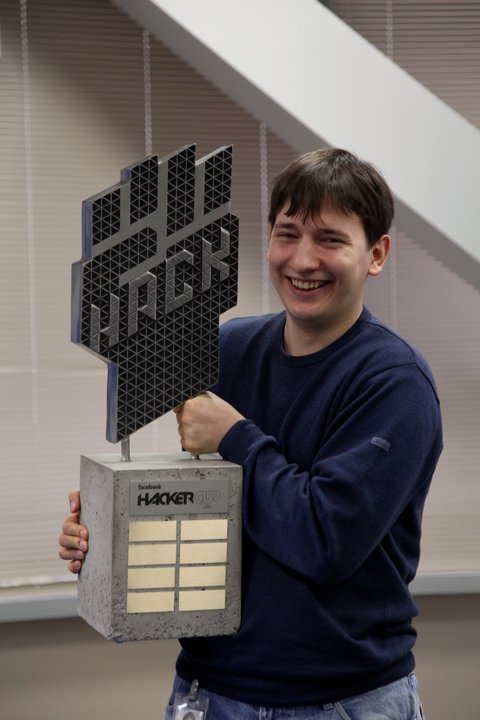 Congratulations to everyone who made it to the finals, and thank you to everyone who was part of the first Facebook Hacker Cup. We’re already looking forward to next year’s event! 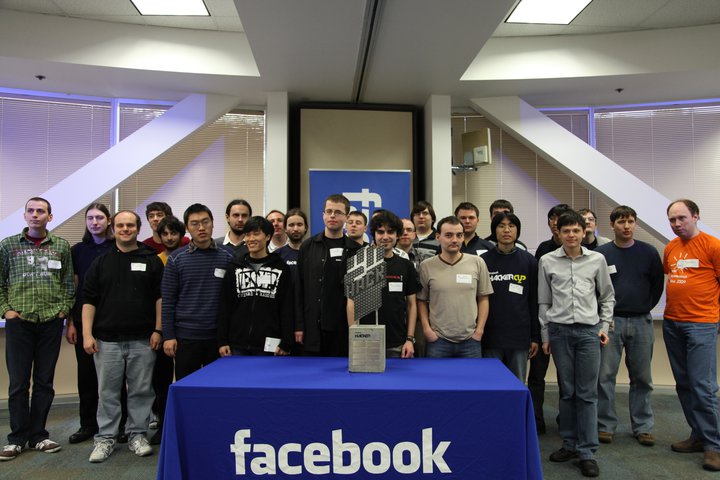 Aliens on the Unknown planet have a tradition of playing a game called Loiten. It is played by two players who alternate turns. There are N buckets with apples standing in one line in front of the players. They are numbered from left to right with integers starting from 1.

In one turn a player can select one of the buckets, which is not the first and not the last and has a positive number of apples in it, and move all of that bucket’s apples to the bucket adjacent to the left and at the same time move all of them to the bucket adjacent to the right. That’s right, the number of apples can be negative as it is a really strange planet. Thus, if there are 3 consecutive buckets with the number of apples being x, y, z, then you can perform the move if y is greater than zero. The resulting capacity of the buckets will be as follows: x+y, -y, z+y. The first player who can’t make a move loses.

You happen to know one of the aliens from the Unknown planet, named Popo. He is a very good Loiten player, and has reached the Loiten Finals. On the day prior to the game, he found out the number of apples in each of the buckets. Unfortunately, his memory is not that good, and he can’t remember the number of apples in the P-th bucket. He just remembers that it is a number with absolute value not greater than F.

Now, he is asking you to help him to calculate his chances. The players at the Finals are so good that they only make optimal moves to maximize their chance of winning. If neither player can win, the game is considered a draw. You are to find the number of possible apple counts for the bucket with an unknown number of apples where Popo will win. Popo is also sure that he is the one to make the first turn.

Output T lines, with the answer to each test case on a single line, the number of possible values for unknown bucket.

While en route to the 295th annual Galactic Dance Party on Risa, you find yourself unceremoniously yanked out of hyperspace and, according to your sensors, surrounded by N space bombs. Apparently caught in a trap laid out by some dastardly and unknown enemy, and unable to return to hyperspace, you must find the safest place in the vicinity to weather the detonation of all the space bombs. Your unseen opponent has constructed a cube-shaped space anomaly that you are unable to leave, so your options are limited to points within that cube.

Before the bombs explode (all simultaneously), you have just enough time to travel to any integer point in the cube [0, 0, 0]-[1000, 1000, 1000], both inclusive. You must find the point with the maximum distance to the nearest bomb, which your captain’s intuition tells you will be the safest point.

Output T integers, one per test case each on its own line, representing the square of distance to the nearest bomb from the safest point in the cube.