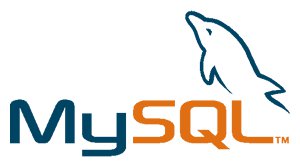 This post discusses enhancements to our database backups. As we deploy these enhancements to production servers, we may write additional posts about other improvements made along the way.

Facebook users create a vast amount of data every day. To make sure that data is stored reliably, we back up our databases daily. We’re improving our backup system by moving from a logical to a custom physical backup model that increases the speed of backups significantly without increasing their size.

Moving from mysqldump to XtraBackup

We currently use mysqldump to perform daily database backups. mysqldump does a logical backup of the data, reading from each table using SQL statements then exporting the data into text files. The main drawbacks of mysqldump are that it is very slow (taking more than 24 hours to back up some of our hosts with larger databases) and that the SQL statements it uses cause random disk reads when the tables are fragmented, which increases load on the database server. We can run multiple instances of mysqldump concurrently to finish the backup in less time but that puts additional load on the server and is not desirable.

An alternative backup solution is to do a physical backup (we call this a binary backup), which reads the database files using the file system interface rather than SQL statements. Note that the files may not be transactionally consistent at the time of the copy. Making them consistent is deferred until a database is restored from the backup. Making it consistent is similar to what happens when a database server restarts from an abrupt shutdown, like when a power failure occurs while the server is busy.

We enhanced XtraBackup from Percona to meet our additional requirements:

We created a PHP script that can restore a table under the same or different name, given the location of full and incremental binary backups. Currently, the script cannot construct the table schema from the backup, so it expects an empty table to exist with the proper table schema. Changes were made to XtraBackup to support the tool. The changes build on support in XtraBackup for exporting and importing tables. Table level restore is much faster than a full database restore as it only need to read log files and files for the table to be restored.

Facebook was an early adopter of incremental backup in XtraBackup. Initially it didn’t work on our databases that have both a large number of tables and a few large tables. We worked with Percona to fix these issues.

XtraBackup reads from the database file in 1MB chunks. We found that using an 8MB IO size doubles the speed of incremental backups and makes full backups 40% faster.

The table below describes the impact of these improvements with ~750GB data, split across multiple databases of almost the same size. Because it is slow, mysqldump was only run on a few databases and the results were extrapolated. We use gzip compression for mysqldump which is slow but achieves a great compression ratio.

QPress is used for binary backups. It is much faster than gzip but has a lower compression ratio. By doing daily incremental backups regularly and less frequent full backups, the total space requirement for binary backups is similar to that for mysqldump.